Theresa is the Chair of BCGL's Employment and Labor Law Group and Angela is a member of the firm's Litigation and Employment Groups. They concentrate their practice in representing businesses, municipalities, non-profits and executives in all aspects of the employment relationship. Theresa and Angela also provide customized management-level and employee training for clients, organizations and industry groups.

For more information about BCGL's Employment Law services, please contact Theresa at (717) 945-5763 or TheresaM@bcgl-law.com.
The Attorneys at BCGL were nominated by the firm's staff to participate in the ALS Ice Bucket Challenge. Amyotrophic lateral sclerosis (ALS), commonly known as Lou Gehrig's disease after it ended The Iron Horse's baseball career in 1939, is a progressive neurodegenerative disease that affects nerve cells in the brain and spinal cord. ALS typically strikes people between the ages of 40 and 70, and as many as 30,000 Americans have the disease at any given time.

In the past month, the Ice Bucket Challenge has swept throughout the country as a way to raise awareness and funding for ALS. Challenge participants have 24 hours from being nominated to dump a bucket of ice water over their heads, or make a charitable donation to the ALS Association. In the spirit of the challenge, many participants are happy to get soaked and make a donation.

BCGL is proud to support this worthy cause by subjecting partners Rory Connaughton, John Mateyak, Mark Lovett and Tim Shawaryn to the Ice Bucket Challenge. In connection with the Challenge, BCGL staff members bid for the opportunity to soak their favorite participate. The money raised by the bidding process, coupled with donations by BCGL attorneys and the firm, will be sent to the ALS Association to help support ALS research and programs to assist individuals living with ALS.

You can watch a video of BCGL's participation in the Ice Bucket Challenge, and the firm's nomination of new participants, by clicking here.

BCGL has officially nominated the following organizations and businesses to participate in the Ice Bucket Challenge: 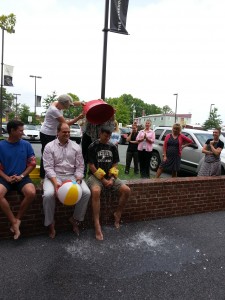 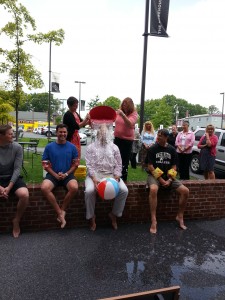 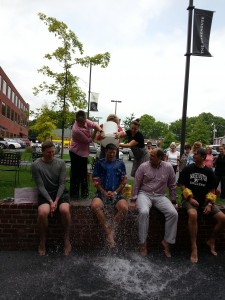 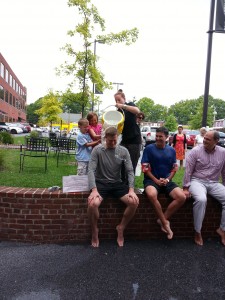